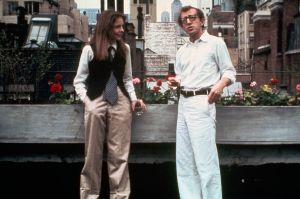 What if Laurence Olivier, whom many consider the finest English-language actor of the 20th century, what if today, even two decades after his demise, he was accused by a woman, or a man, or several of them, of untoward advances, even that he forced them to have nonconsensual sex?

We all know what would happen. Without any trial or formal vetting of the charges, in the court of the so called “cancel culture,” Sir Laurence would be convicted and branded an irredeemable sexual scoundrel. Cries would go out to rescind his awards, to cease any showings of his films, he might even have his knighthood reneged. So, the question then becomes:

What happens to his incomparable body of work? Does his Hamlet, a performance without peer (pun intended) just vaporize and no longer exist? Do we stop watching Wuthering Heights, Rebecca, Love Among the Ruins, Marathon Man? Or, despite the accusations of tawdry behavior, do we ignore the digerati and stand firm, our admiration of his artistic achievement unshakeable? In short:

Can we, or more importantly, should we, learn to separate the artist from the art?

The ease or difficulty in accomplishing this certainly depends on the art form, of course. If a famous writer, or painter, or composer, turns out to be a shitbird, or worse, this is not necessarily “top of mind” when we are reading, or viewing, or listening to his or her work. But with actors on stage and screen, popular musicians, successful standup comedians, in other words, professional performers, it is different.

How do we create any distance between them and their art when they are right there, literally in the flesh on the stage, or projected jumbo sized on a screen? Even those whose “art” is interviewing or newscasting—from Walter Cronkite to Howard Stern to Matt Lauer and Charlie Rose, et al—essentially they are “famous” because of who they are. Meaning:

How do we separate the artists from their art when…they are their art?

It is not an easy task, but it can be done. A few years ago, I started a film club in the community where I was then living north of Chicago. We met monthly and our first film for consideration was American Beauty. Lead actor: Keven Spacey. A few gatherings later, we went neo-noir comparing Chinatown and L.A. Confidential. Key member of the latter’s ensemble cast: Kevin Spacey.

Interestingly, to me at least, during these gatherings, our group of a dozen or so remarkably well-informed film aficionados never addressed the numerous accusations of sexual misconduct against Spacey. I never brought it up, and neither did they. Why? My guess:

They wanted to discuss, debate, explore and plumb work produced by remarkable writers and directors and actors, not the sexual proclivities of one of the film’s stars. In other words, consciously or not, they did separate the artist from the art. But not everyone can do that; my guess is most people can’t. Another firsthand experience:

When Woody Allen married his adopted daughter, my then wife, a huge Allen fan said, “What do I do now? I love his movies. But this is so weird. They’re not related, but he is her stepfather. It’s just…wrong somehow. So how do I watch his movies now?”

My answer to her: “The way you always did.”

Honestly, I’m not sure if there is anything Woody Allen could do to change my opinion of Manhattan or Annie Hall. Practically nothing disgusts and incenses me more than monsters who prey on kids. And Allen is accused of doing just that, by his adoptive daughter, and if he did abuse her, for me, he has forfeited his status as human. But, BUT even if he did do that to that little girl, vile and unforgiveable as that is, those two films, that he also wrote and directed, remember, remain remarkable cinematic achievements. Period.

And then there is the matter of the spoken word. Just one example: The very popular actor Liam Neeson admitted (why?) that after someone he knew was raped by a black attacker, he walked the streets hoping to kill some “black bastard.” The outrage was instant. The damage? Yet to be fully determined. On the other hand, not yet to be determined is the damage to Roseanne Barr who tweeted a comparison between an African American adviser to President Obama and “Planet of the Apes.” The outrage was instant. The damage, too. The show that bore her name was canceled the next day.

There is also the matter of Mel Gibson who outed himself as an anti-Semite and his phone didn’t ring for a very, very long time. Amazingly, he managed to crawl back. Uncharacteristically, Hollywood was able to separate the bigot from the art and even gave Gibson an Oscar nom. But it just wasn’t…the same. Those good ol’ Braveheart days (still an impressive work) were gone for good.

Live performers are their art

Another class of artist, live performers, present some of the same problematic issues as screen actors since, like actors, their artistry is tied up with their physical presence. We specifically go to see them play songs, or riff for laughs.

Separating the art from the performing artist is particularly tough when it comes to comedians. So often, their material derives from their personal experience, or their very distinct take on the world. So, with standup, you really are your art because, again, your material one way or another is all about…you. Think of it this way: What is self-deprecation without the self?

Not to mention, perhaps no art form is as delicate as humor in that it counts on everything being exactly right to elicit a laugh. Including the person delivering the humor. His or her persona—not to mention timing—has to, yes, hit a nerve to activate the laugh circuit. So, you, Mr. Standup, may make us laugh our heads off, and we in turn may make you a millionaire, and then we find out you like to show your penis to women who clearly never asked to see it. And you do it a lot. Goodbye millions in future earnings.

But, what if the comedian’s behavior is less egregious?

Recently, what seemed a consensual evening to a comedian goes sour when the woman in question decides it was not consensual enough. Goodbye bookings. And if you drug woman after woman and have sex with them, goodbye…everything, including your freedom. For a while anyway. Meaning, in comedy it seems, if you turn out to be, let’s say, an “unsavory character,” it’s like a death sentence to your art. You just aren’t funny anymore. And, as F. Scott Fitzgerald said, “There are no second acts in American lives.” Unless you’re Richard Pryor.

Pryor lit himself on fire taking drugs and nearly died. Certainly pathetic, tawdry behavior. But here is the key difference when it comes to Pryor: He didn’t light anyone else on fire. Nor did he violate a person’s body and psyche. He also didn’t demean anyone, or use his position to force someone to sexually do what they normally would not do. Nor did he walk out of a shower naked in front of a guest. (He did shoot a car once with a gun, but again, no one was hurt.) No, “Rich” just nearly died from a self-inflicted wound and then turned it into his art, humor. And it was funny:

“At that moment I noticed something. When you’re on fire running down the street, people get out of your way.”

Musicians get a pass (if they only harm themselves)

For famous musicians, self-destructive behavior seems like an item on a “Once-Your-Famous-You-Do-This” checklist. Jim Morrison was so alcohol soaked and drug addled toward the end he could hardly get it together enough to sing in the recording studio. He also exposed himself on stage a lot, but oddly enough, no one but the cops who arrested him complained. And The Doors music was, and still is, a wonderous work of its genre. So being a hot mess as a musician seems to get a pass since it is, a la Pryor, all on you. But when you do hurt others, whatever your musical fame, you do get called out. Just ask R. Kelly who seems to have taken sexual predation to a new level.

Elton John, whose drug days became jumbo-sized in a movie on the big screen, when asked years ago why he got clean, said, “I was sitting in my $10 million dollar house. Sitting with some people who supposedly were my friends. And we are all just sitting there…in my $10 million house waiting for…the drug dealer to arrive. And that was it for me. But you have to remember. In this business you have a lot of downtime. And if you get lucky and make your millions, you have a lot of money and a lot of downtime. It’s a deadly combination.”

So, for artists of all genres, it would seem that bad behavior is not necessarily a disqualifier, if it hurts no one else. And, clearly separating the artist from the art is easier in some genres than others. And easier for some people than others. To some extent, it seems a personal choice, and perhaps how immersed you are in the arts, or passionate about extraordinary work.

Maybe it comes down to this: For people able to separate the artist from the art, whatever the habits good or bad of its creators, as Gertrude Stein might have put it, “The art is the art is the art.”