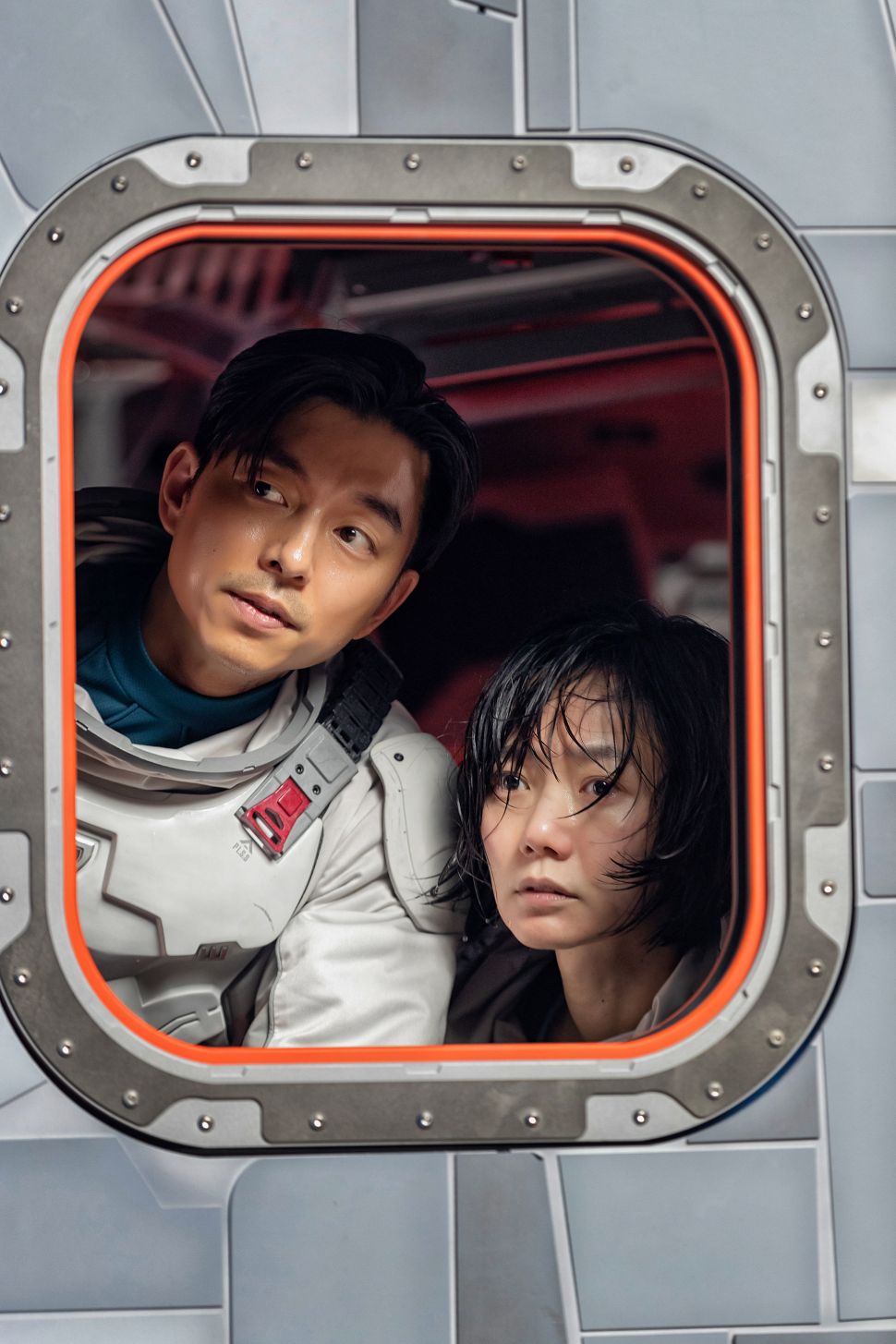 As the streaming era continues to blur the line between film and television, it’s natural that the compromise between the two forms, the limited series, would be thriving. Nearly every streaming platform worth its salt released a buzzworthy miniseries in 2021, from Amazon’s The Underground Railroad, to Hulu’s Dopesick, to HBO Max’s Station Eleven. Netflix dominated the conversation last year with Squid Game, which writer-director Hwang Dong-hyuk had originally pitched as a two-hour film before expanding it into an eight-hour miniseries. For Squid Game, the extra time investment paid off big time, but not every premise benefits from a luxurious runtime. In the case of Choi Hang-yong’s The Silent Sea, the new Netflix miniseries based on his 2014 short film The Sea of Tranquility, less might actually have been more. The Silent Sea boasts strong performances and an imaginative premise, but spends much of its 360 minutes treading .

The Silent Sea is set in the late 2060s, a decade into a global drought. Lakes, rivers, and reservoirs around the world have dried up and desalination plants can’t produce enough drinkable to meet demand, leading governments to enact harsh, unjustly stratified rationing measures. (The show’s depiction of a massive crisis in this century is a dramatization, but not an invention; this is an issue you should be worried about.) Against this backdrop, astrobiologist Dr. Song Ji-an (Bae Doona, Kingdom) is recruited to participate in a salvage mission at Balhae Station, the lunar outpost where her sister was killed in an accident five years earlier. Dr. Song and a crew of 10 other astronauts led by straight-laced Captain Han Yoon-jae (Gong Yoo, Train to Busan) journey to the derelict moon base, only to find that nothing they’ve been told about their mission is true.

Bae Doona is at home as an expert scientist whose stillness portrays both firm professional confidence and deep, soul-sucking depression. Dr. Song is single-minded in her pursuit of the truth, but her investigation is also an act of mourning. Five years and an unlimited clean pass have done little to console the pain of her sister’s loss, but understanding the death might finally give her closure. Standing in her way is Captain Han, who wants to complete the mission as instructed and get back home so he can use the supply he’s been promised to tend to his ailing daughter. The stakes change for both of them when the crew discovers something aboard Balhae Station that could end the drought. Or drown all of humanity.

The sci-fi conceit of The Silent Sea marries the kissing cousins of space horror and submarine thriller. Outer space and deep are similar settings loaded with similar fears, isolating characters in enclosures that are both claustrophobic but only protection from an environment that can kill them very, very quickly. Except the vacuum of space has a true weakness as a film antagonist: it’s invisible. Director Choi Hang-yong and screenwriter Park Eun-kyo devise a threat (the nature of which I won’t spoil) that lets stand in as a more visually interesting hazard even in a space setting, mixing in some nasty body horror elements for good measure. The Silent Sea certainly owes a debt to Alien (as practically every spaceborne thriller does) but that’s just one of many ingredients in its imaginative recipe.

But the series falls short as a thriller. To work well, a thriller depends on the interplay of suspense and surprise, on the storytellers’ careful parseling of information to both the characters and to the audience. If the audience knows something before the protagonists, it should heighten the danger and create suspense. Will the hero realize there’s a bomb under their seat before it goes off? What is the villain hiding in that head-sized box? The problem with The Silent Sea’s mystery is that the audience and the protagonists receive most of the important information at the same time, and the story plods along at such a deliberate pace that the audience has far too much time to consider the evidence and draw conclusions, sometimes hours before the characters have caught up.

It’s not that The Silent Sea isn’t worthy of eight 45-minute episodes—in fact there’s a good deal of untapped story potential in the miniseries. Of the 11-strong crew that arrives at Balhae Station, only two (Dr. Song and Captain Han) receive flashbacks to their life before the mission. Most of the characters are introduced via a single clumsy scene that allows everyone to shake hands and give a single line of backstory. Their training together as a team is skipped over, presumably to get us into the plot sooner, but then it all decompresses as if Choi and Park were struggling to meet an expected length. A subplot of political intrigue back on Earth gets glancing attention, and a shady corporate antagonist is spoken of but never seen. Perhaps the production didn’t have the budget to manifest these ideas on screen, but they definitely had the time.

Would The Silent Sea worked better as a six-part miniseries, rather than eight? Should it have been a three- or four-hour movie, instead? Is there a practical difference between these two options in a streaming context? Cinema, either digested whole or in chapters, has never been more malleable, and one hopes that platforms like Netflix will encourage storytellers to fit the medium to their message rather than vice-versa.