Twirling across the concrete floor of a rustic room lit by dozens of candles, Kate MacLauchlan and Kat Christie, both in elegant white gowns, shared their first dance as a married couple.

The reception, a week later than originally planned, wasn’t what they had initially envisioned. But after going through more than the usual wedding-planning angst, they weren’t complaining.

“I feel like it turned out better than it was supposed to,” shouted MacLauchlan over EMF’s “Unbelievable,” blasting on the loudspeakers of Atelier Roquette in Red Hook. 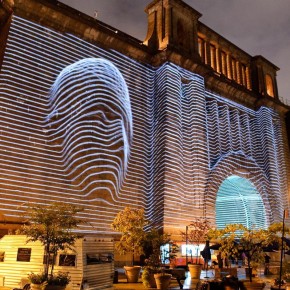 If the crisp, cool air hasn’t already got you excited for the upcoming fall season, here’s a preview of one of New York’s most exciting events, the 16th annual Dumbo Arts Festival, where from September 28th to the 30th, more than 500 artists from around the world will showcase a wide range of installations and interactive performances.

The three-day neighborhood takeover will utilize everything from storefronts to building exteriors as mediums to display the festival’s unique exhibits. END_OF_DOCUMENT_TOKEN_TO_BE_REPLACED