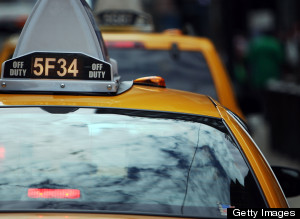 Three people were also arrested in their homes for allegedly taking part in the knock-off ring, in which falsely labeled car parts were made to look like top-quality brands, The New York Post reports.

Many of the products were sold to New York City taxi operators.

The bogus parts included tens of thousands of brake pads.

Supervisory agent for the FBI Martin Feely said the raid was part of an ongoing three-year probe.