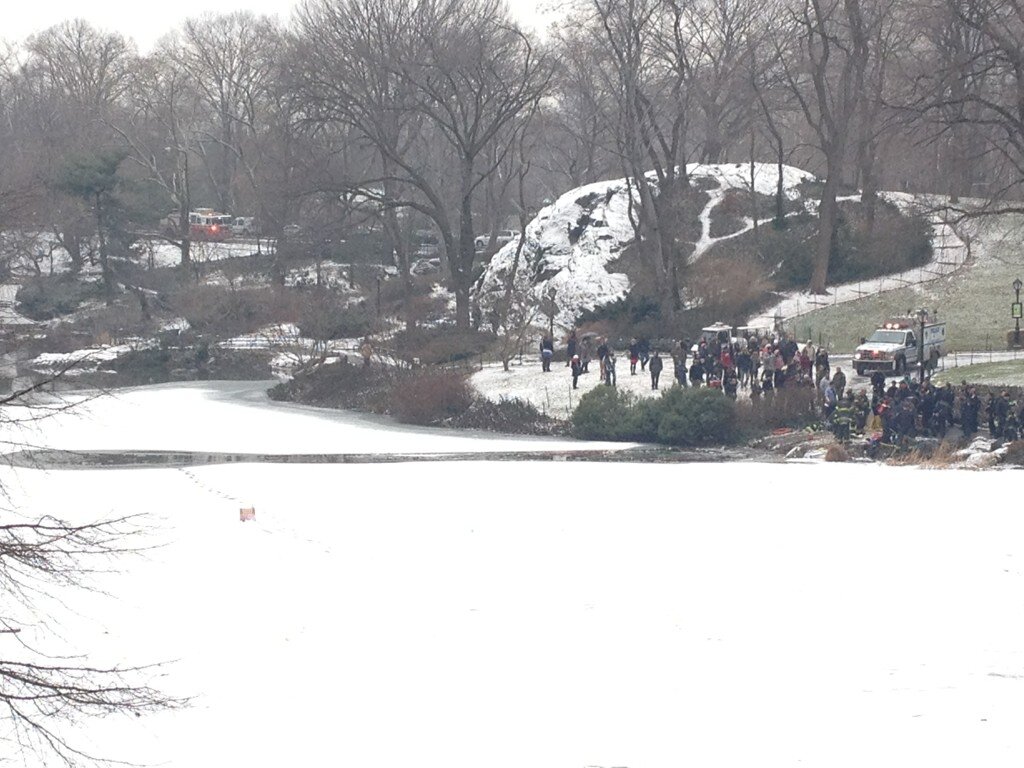 Two unidentified people were rescued from a Central Park pond after falling through the ice Tuesday, a FDNY official confirmed.

A first responder and a FDNY official assisted in the rescue near 5th Avenue and West 60th Street.

The New York Times reports the two who fell through the ice were taken to NewYork-Presbyterian/Weill where they are in stable condition.

Gothamist reports the two first responders were being treated for hypothermia as well.

Prior to falling in, witnesses say the two were spotted taking photos on the snow-covered pond.